Different cultures carry different values and beliefs. These cultures have different ways of expressing these values and beliefs. From traditional practices to food, culture and cultural heritage can be seen around the globe. Many people travel around the world to experience all these differences. One of the main cultural expressions is fashion. Whether it be headwraps, turbans, or draped cloths – cultural heritage is fashion. Many successful designers implement their heritage into their clothing to this day. Let’s explore the different cultures and their fashion to see and understand what is out there.

What began as ways to protect humans from nature soon became a form of self-expression. Nowadays, culture influences design and fabric selection. Oftentimes designers choose indigenous materials to hint at their culture. Geography also influences fashion – as people in cold climates wear thicker clothes than those in warmer climates. Geography is not the only influence. Modernization, art, and technological advances, such as 3D printing, also impact the industry.

In the new world of fashion, there are three main cultural sources that influence designers. High culture, pop culture and low culture. High culture refers to elite art, in the shape of visual, auditory, and applied art. An example of this is collaborations between Louis Vuitton and contemporary artists. Pop culture’s largest influence is celebrities and TV shows, which generate new trends. Lastly, low culture includes local street activities, such as graffiti and hip hop. Nevertheless, cultural heritage is a large influence on fashion. Let’s explore this further.

To appreciate fashion and its heritage, people need to understand items and their stories. This part of the article will focus on certain pieces and understanding their background.

One piece of cultural heritage is African headwraps. In Nigeria, women tend to wear Gele, which is a popular headwrap among the Yoruba people. In earlier times, this was a symbol of wealth for women. It is tied in different ways with small or large knots. There are special Gele for different occasions, such as weddings and other celebrations. These are the so-called Aso-Oke. Headwraps are traditional among most African cultures and worn by women on a daily basis.

In Mexico, there is a traditional dance called “baile folkórico.” This dance often includes mariachis and traditional dresses with many ruffles. When many women perform these special dances together, the ruffled dresses sway together beautifully. Different dance styles have different continental influences. The Veracruz represents African influence. During the Spanish occupation, these dances had to be practiced secretly as the occupants tried to erase this cultural practice. Nevertheless, the dances were maintained by the indigenous populations. They are still performed for the masses to enjoy. In Spanish culture, the flamenco dancers wear ruffle dresses. The ruffled dresses are similar to those worn by farm workers.

This cultural Indian dress is considered one of the world’s oldest clothing forms. The Sari is present in the Vedas, which is one of the oldest pieces of literature. It dates back to the civilization of the Indus Valley. It is still worn today, on a daily basis by Indian women and at couture runway shows. The philosophy which stands behind the sari is the Hindu belief that stitching makes clothing impure. It can be draped in over 80 ways and often includes cotton or silk. There are different characteristics and border placements in Saris. These traits give visible information on an individual’s region, or their Sari is from.

Fashion History in the Indian culture

Few cultures have a heritage as artistic as the one of Indian culture. With a large history of fashion development, the beautiful fabric and embroidery can be recognized by everyone. For 4000 years, importing clothing and houseware textiles has been a large part of India’s economy. The different requests from importing markets also influenced Indian fashion, establishing new design ideas. The textile industry of India furthermore attracted tourists. These tourists also exposed India to new ideas, further shaping their designs. Toward the end of the 19th century, Indian garments were still being handmade. Only the upper class could afford these garments. The middle- and lower-class worse indigenous cotton garments. Nowadays, the craft industry continues to be the second largest industry in India. Experts expect even further growth in this sector. Many local designers are capitalizing on the beautiful artistry India has to offer. One of them is Anita Dongre.

Anita Dongre is a largely successful Indian fashion designer. Coming from a very traditional Indian family, she ventured out to visit fashion schools. Her business started with two sewing machines, before turning into the success it is today. She began as a supplier to other stores before she decided to create a ready-to-wear collection. As it was the first of its kind, she faced many critics.

AND was her first label and her first clothing store. She opened the store when nobody would accept her simplistic ready-to-wear collection. Global Desi, Anita Dongre’s second brand, was an homage to her time in Jaipur as a child. Global Desi is based on her inspiration found in her Indian heritage. Her next brand, House of Anita Dongre, is a bridal wear brand. The brand is very successful on an international scale. Large names like Kate Middleton and Hilary Clinton have worn her designs. This contributed further to her international success.

Anita Dongre and her contributions to women in India

Anita Dongre ensures to share her legacy with many Indian women. Not many women are able to work in India. Dongre provides work to women in rural villages. Once her designs have been created, they are outsourced to villages to be crafted. After she retracts her designs from the villages, they are sold, paying the women who crafted them fair wages. This way, they get to work from the comfort of their own home whilst providing for their families. Women who are not familiar with the craft are given the ability to learn.

Anita Dongre targets villages close to her Headquarters, offering to teach them sewing skills. Designers such as Anita Dongre have begun changing the micro economy of India. She provides help to women who want change. According to Dongre, women will be the game changers of India.

Anita Dongre is an Indian fashion designer who has been shaping the industry since she first started. Employing over 2,500 people directly and providing thousands of different job opportunities to those in need, she is changing not only the fashion industry but the Indian economy.

Fiona Sinclair Scott is the Global Editor for CNN style, overseeing international coverage on CNN’s award-winning home for the arts, design, fashion, beauty, and luxury. A decade of her time has been spent working in digital media, focusing on fashion and culture. Before her time at CNN, Sinclair was an executive video producer for the i-D magazine. 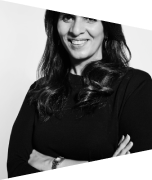 A trailblazer, Anita Dongre has been at the forefront of Indian fashion for over 20 years, having created one of the most successful fashion houses in India which today employs over 2,500 people directly and provides employment opportunities to thousands more. Launched in 1995, born out of the need to create and cater to the fashion choices of an Indian woman at a time where not many brands existed, today the House of Anita Dongre proudly boasts of a multi-dimensional portfolio with brands such as AND (sophisticated formal and evening wear for women), Global Desi (India inspired young and colourful boho chic fashion for women), Anita Dongre Bridal Couture (offering luxury and artisanal bespoke bridal, couture and ready-to-wear). The Anita Dongre label works extensively with the crafts of India under its initiative, Grassroot.

Fiona Sinclair Scott is the Global Editor for CNN Style, overseeing international coverage on CNN’s award-winning home for the arts, design, fashion, beauty, and luxury. She’s spent a decade working in digital media, with a focus on fashion and culture. Before joining CNN in 2015, Sinclair Scott was an executive producer of video for i-D Magazine.

Fashion is Not What You Think: Myths vs Realities

Fashion Is Delivering the Right Message Through Typography

Fashion Is Digital – It’s Time to Embrace It